Artist Elizabeth Leader based Madonna of the Canal on the true story of the Harris family. To escape slavery, William and Caroline Harris set out for Canada on the Erie Canal. The canal boat crew tormented the Harris family, causing Caroline to jump overboard with her daughter. Passengers rescued Caroline, but their daughter drowned. Threatened with death, William cut his own throat and lay for hours while the crew played cards nearby. William survived and was rescued by Captain Ogden, another canal boat captain, who took William to abolitionist Dr. Hiram Hoyt in Syracuse. On October 26, 1850, the New York Tribune called this “one of the grossest and most inhuman outrages that has ever come to our notice.” The crew were arrested in Rochester, returned to Syracuse, and jailed, while William and Catherine eventually found their way to Canada. Their story received national attention and helped raise public awareness of such abuses. 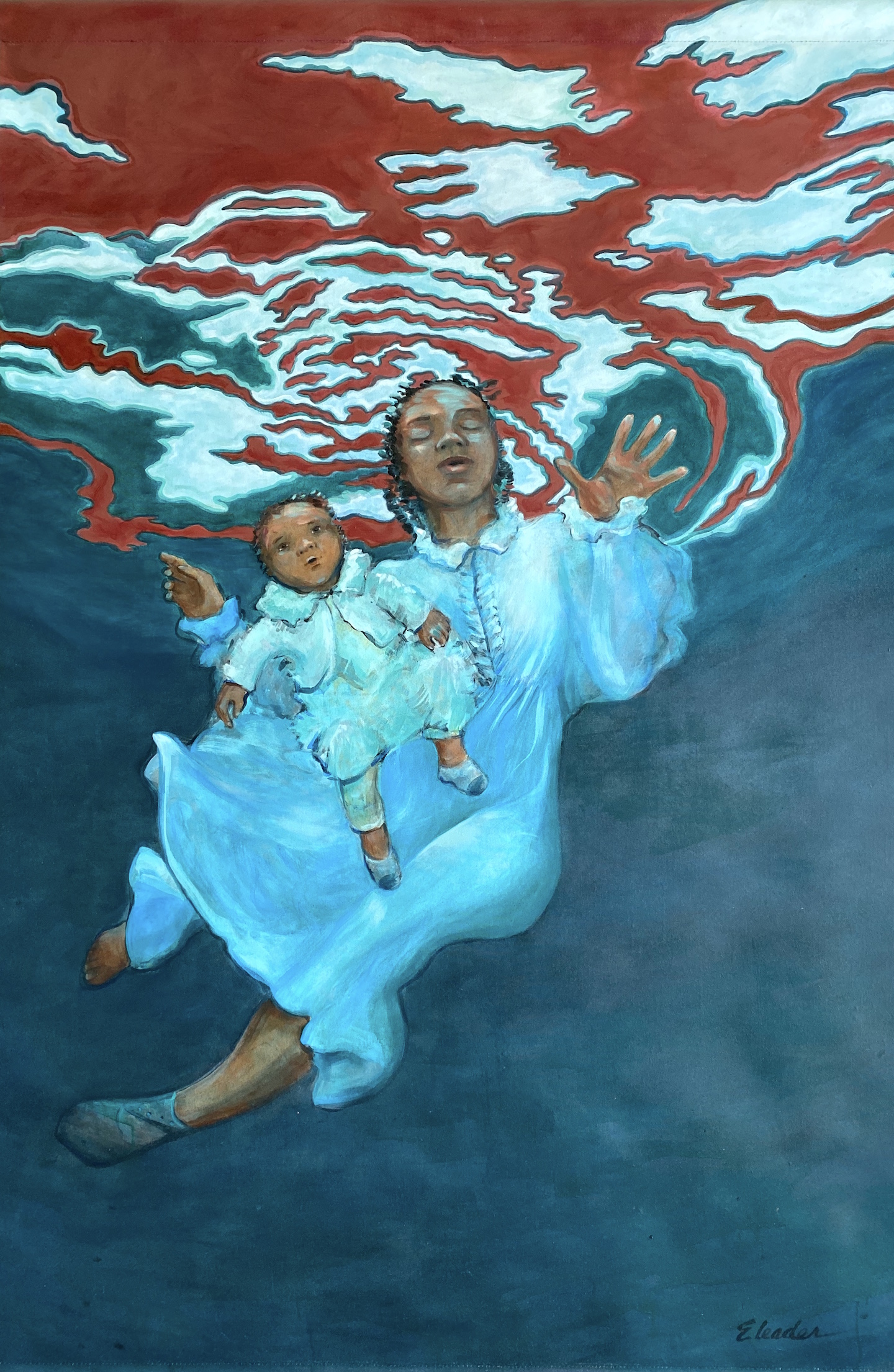 Madonna of the Canal came to the Erie Canal Museum as part of a traveling exhibit called Life on the Canal Then By Artists Now, in the summer of 2017. It returned to the Museum as a donation by the artist in summer 2018 and is now on permanent exhibit, viewable on the Museum’s second floor.