A Drowning at the Rocky Rift Dam

On April 11, 1944, Reuben Klock, a 64 year old retired farmer, was swept into the Barge Canal at the Rocky Rift Dam and drowned. Klock had served as the dam’s caretaker, and lost his life in the course of his duties. He was believed to have fallen into the Canal (in this part of the state, it is the Mohawk River) as he attempted to lower the dam gates, which sometimes stuck and had to be loosened by blows from a hammer. Rocky Rift Dam is located between Locks 16 (Mindenville) and 17 (Little Falls). He may have been standing on a narrow walkway when he was accidentally thrown into the water. Reuben Klock’s body was recovered one and a half miles east of Lock 16 on May 6. Mr. Klock’s story was submitted to the Erie Canal Museum by his grandchildren. 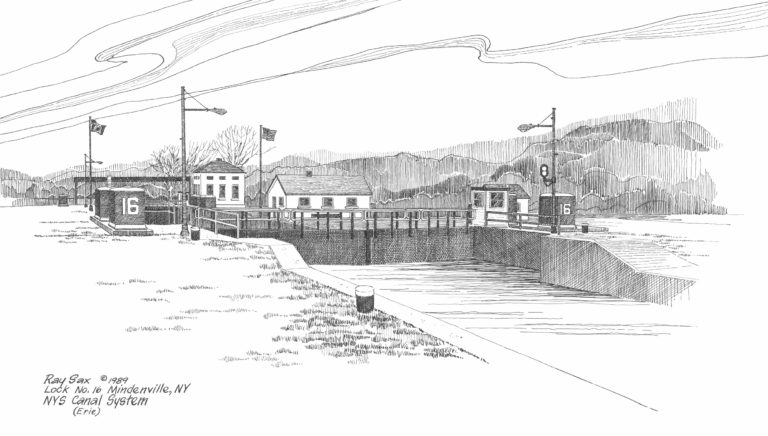 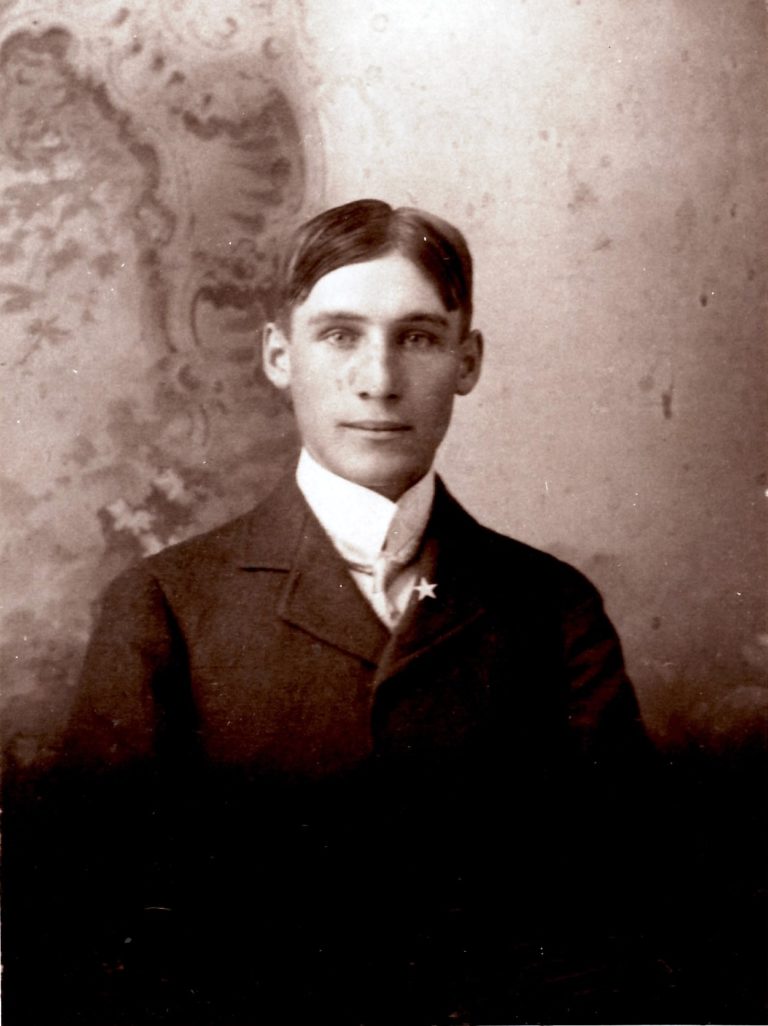 One of Grandpa’s and Dad’s canal adventures occurred at Three Rivers; where the Oneida, Seneca, and Oswego rivers meet. In 1962 there was a nightclub near the confluence called the Three Rivers Inn. Many entertainers of that era appeared there. It was a very popular spot “just 15 minutes north of Syracuse.”

Grandpa had worked many weeks on a tug that summer and finally had arrived home for some time off. He and Grandma invited Mom and Dad to come to Syracuse from Rochester for the weekend. A friend had given Grandpa four tickets to see Sammy Davis Jr. at the Three Rivers Inn.

During the show’s intermission, Grandpa took Dad next door to a waterfront saloon. There was a tug and barge tied up. Grandpa figured he’d more than likely see somebody he knew from the crew in the bar. Sure enough, Grandpa saw the captain of the tug, who was a good friend. Grandpa ordered a round while my father sat on a barstool next to the two tugboat captains.

Several minutes later, a burly deckhand from the tug arrived, picked my skinny father up off the barstool, slugged him, and with great force, threw Dad against the wall. As Dad lay slumped on the floor, dazed, Grandpa, who was used to dealing with these types, turned and asked the big brute of a deckhand WHY THE HELL HE HAD DONE THAT. Brutus replied that Dad was sitting on his stool. Grandpa, nicely dressed for the evening out, and considerably shorter than the deckhand, knocked the guydown with one punch! Then, Grandpa’s friend, the other captain, picked up his own deckhand and slugged him again for good measure.

Grandpa got Dad up. They finished their drink and returned to the Three Rivers Inn for the second half of Sammy Davis Jr.’s show. 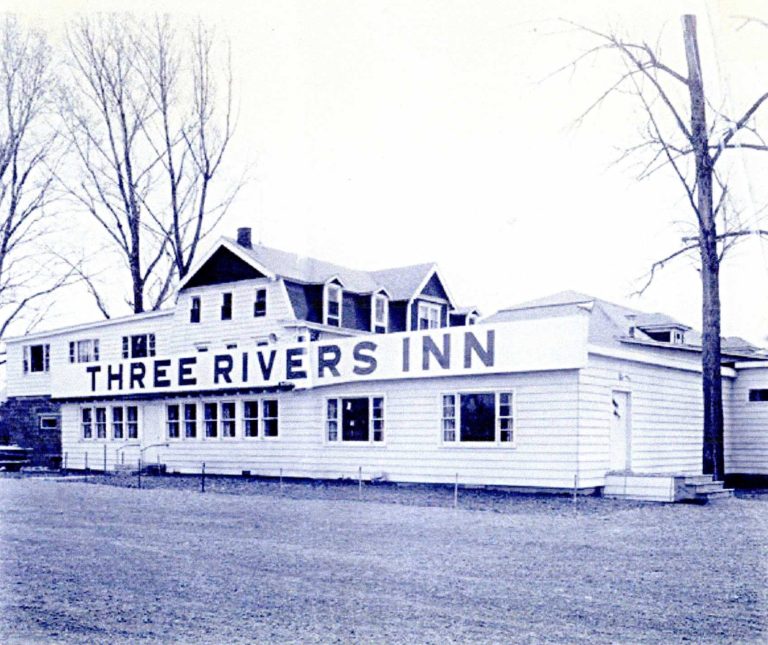 Swimming in the Canal

Swimming in the Erie Canal was a bad idea, but people did it anyway. Restrooms onboard canal boats generally consisted of a bucket, and users were encouraged to “flush” by dumping the bucket directly into the Canal! Here’s a whimsical postcard showing a few brave or foolhardy young men, the “Fresh Air Club” of Lyons, NY. 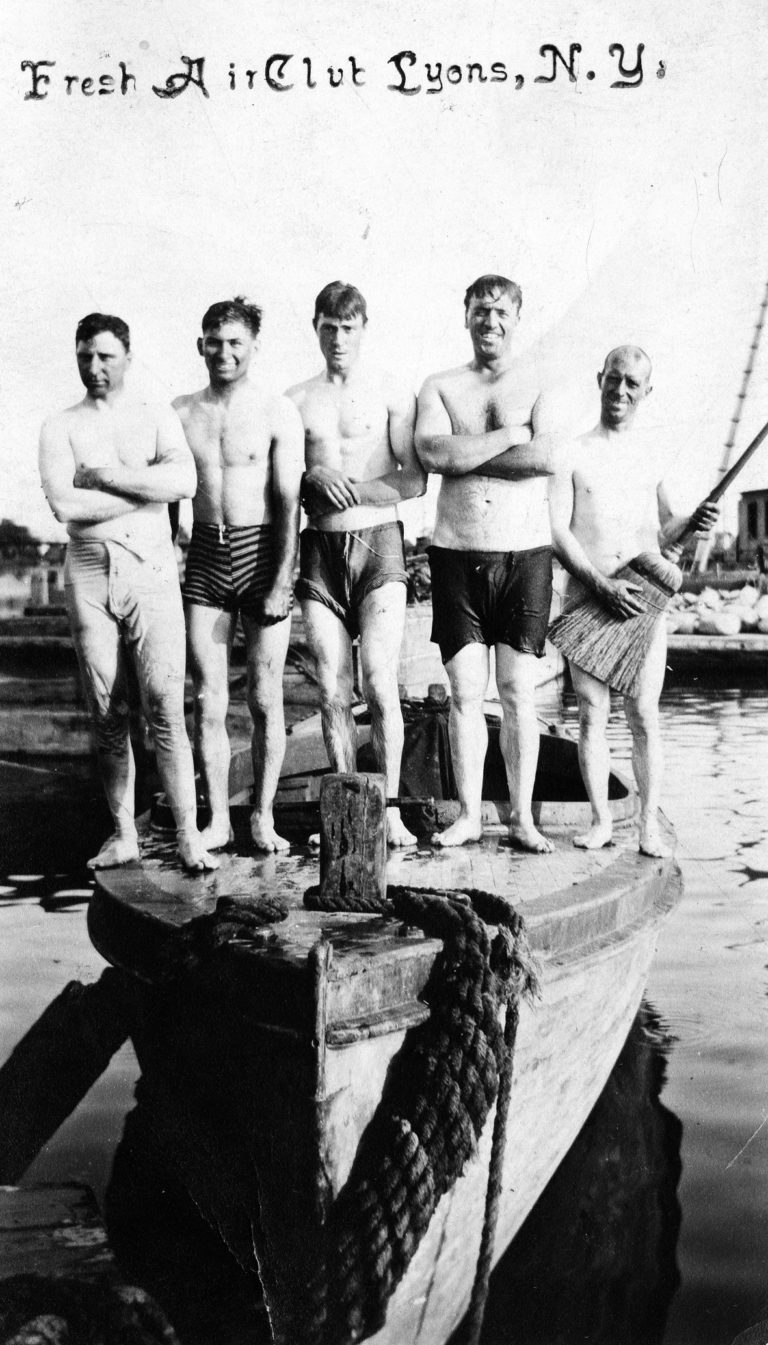 Charles Proteus Steinmetz was a mathematician and electrical engineer who contributed to the development of alternating current, or AC. This became the cornerstone of the electrical power industry in the US. Steinmetz came to the US from Germany in 1889, and went to work for GE. He lived in Schenectady, taught at Union College, and was an amateur photographer. The Gayer collection (part of the Canal Society of New York State’s collection of Canal material) has a few glass plate negatives of photographs he took near his camp on the Mohawk River near Schenectady. The photographs are from 1894. 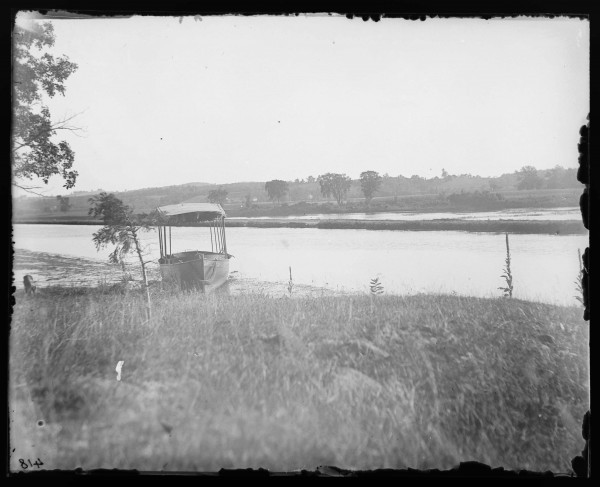 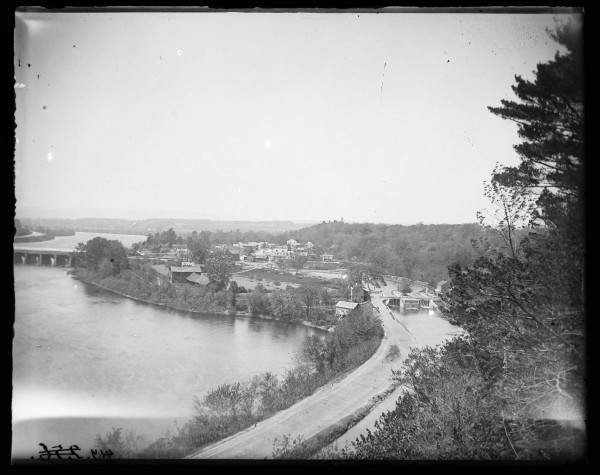 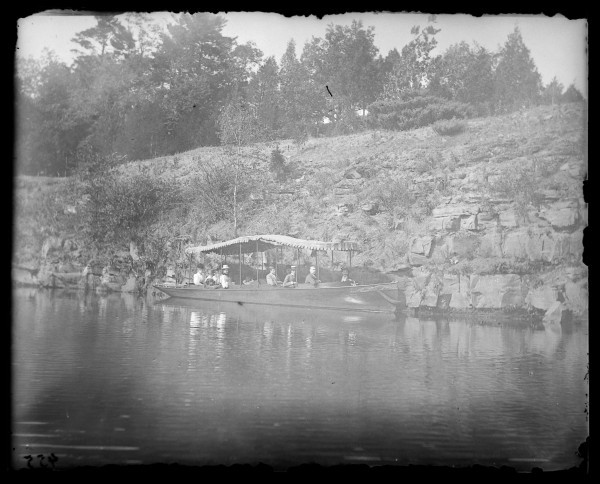 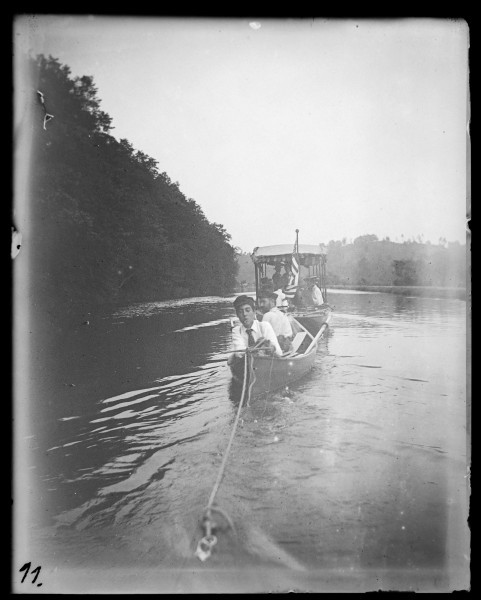 In 1824 the community of this frontier hamlet renamed itself in honor of Lord George Byron, the famous English poet who had just died fighting for Greek independence.  In doing so, the community recognized that the Erie Canal had now made them a link to a greater world.  This section of the Canal had opened in 1819.  Even though not completed statewide until 1825, the Canal was already enabling the community to send and receive products and ideas from Albany and New York City.  Port Byron reconnected to that greater world in 2016 when the Old Erie Canal Heritage Park opened along the New York State Thruway.  Now visitors from around the world share the Erie Canal legacy at the Park.

The Erie Canal has defined much of the physical and cultural landscape in the community.  To the community’s dismay, the Canal was rerouted north of their village center in the 1850s to create a straighter and more efficient waterway statewide.  The centerpiece of the Heritage Park, Enlarged Erie Canal Lock 52 was part of that rebuilding.  The rerouting created new opportunities as new businesses were established by newcomers along the new route.  An Italian immigrant family built the Erie House saloon at the Lock, now restored within the Heritage Park.  The Canal moved even further north in 1918 with its third enlargement, leaving Lock 52 abandoned.

Have an Erie Canal story? Tell your tale and share photos or video.