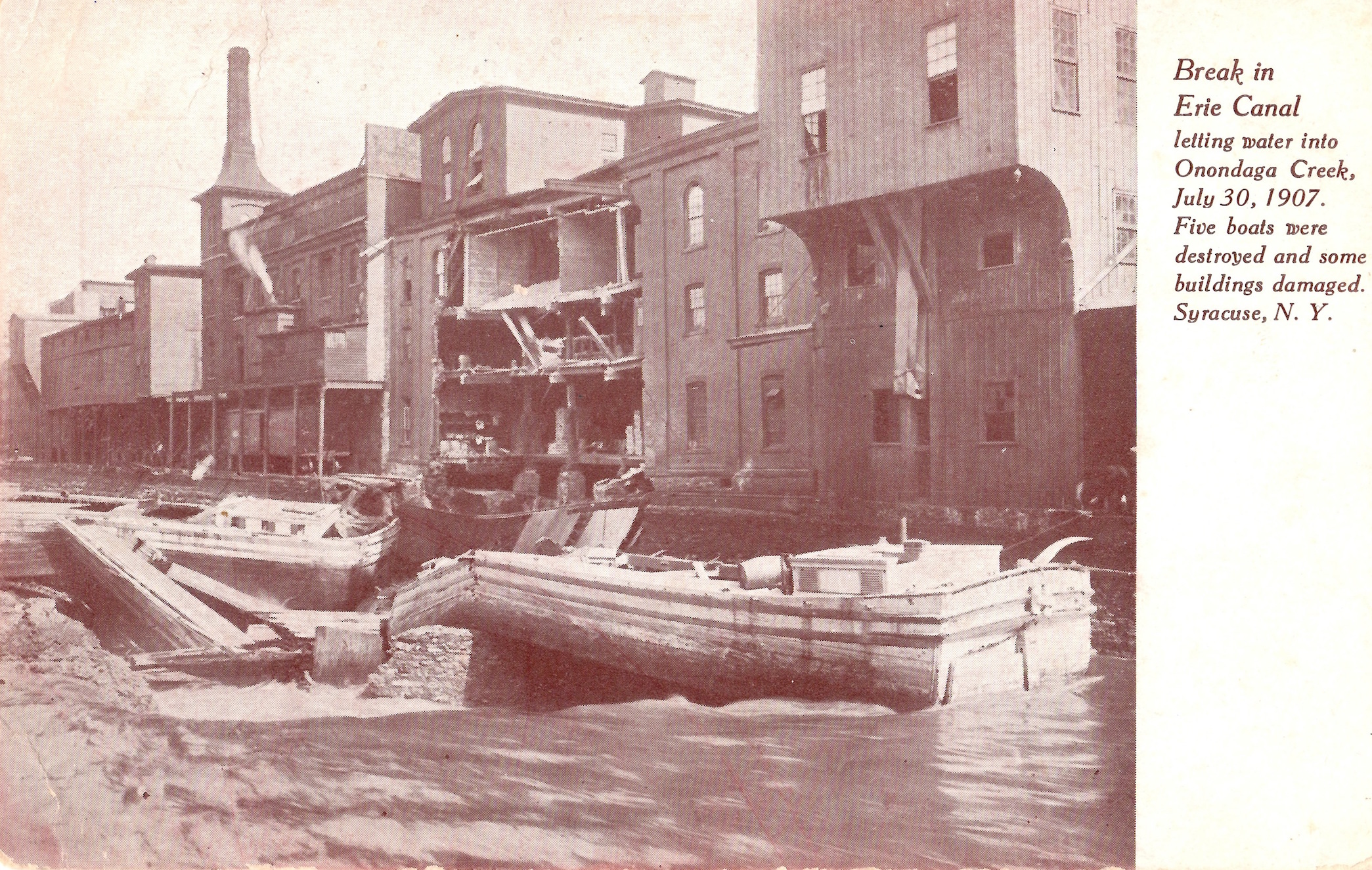 The Erie Canal brought many things to the state of New York and the towns that sprung up along its route, among them commerce, transportation, new people, and new ideas. However, the Canal also had its drawbacks and dangers. The Erie Canal may have been quite the successful engineering feat, but that did not make it immune to failings or breaks within the structure.

July 30th of 1907 brought with it the event that would become known at the time as “The Great Canal Catastrophe,” and what is thought of today as the Canal Collapse of 1907. It was on this fateful day that the culvert carrying the Erie Canal over Onondaga Creek in Syracuse, New York collapsed, leading to significant destruction in the immediate area. Thankfully, no lives were lost in the ensuing event. A whirlpool formed, sucking in gallons of canal water, five canal boats, and the walls of canalside buildings such as the Amos Flour Mill and Greenway Brewery. It was determined to burn the canal boats in order to facilitate their removal from the wreckage, and allow for repairs to be made.

The Erie Canal was a very important part of the economy to the Syracuse area, as well as the entire New York canal system, so it was vital to get it repaired and up and running again as soon as possible. The collapsed section of the canal was closed to traffic and drained in order to be repaired properly. The disaster ended up costing $75,000 in losses. New York state worked diligently to get those repairs made, and the section was opened up again in September of 1907. 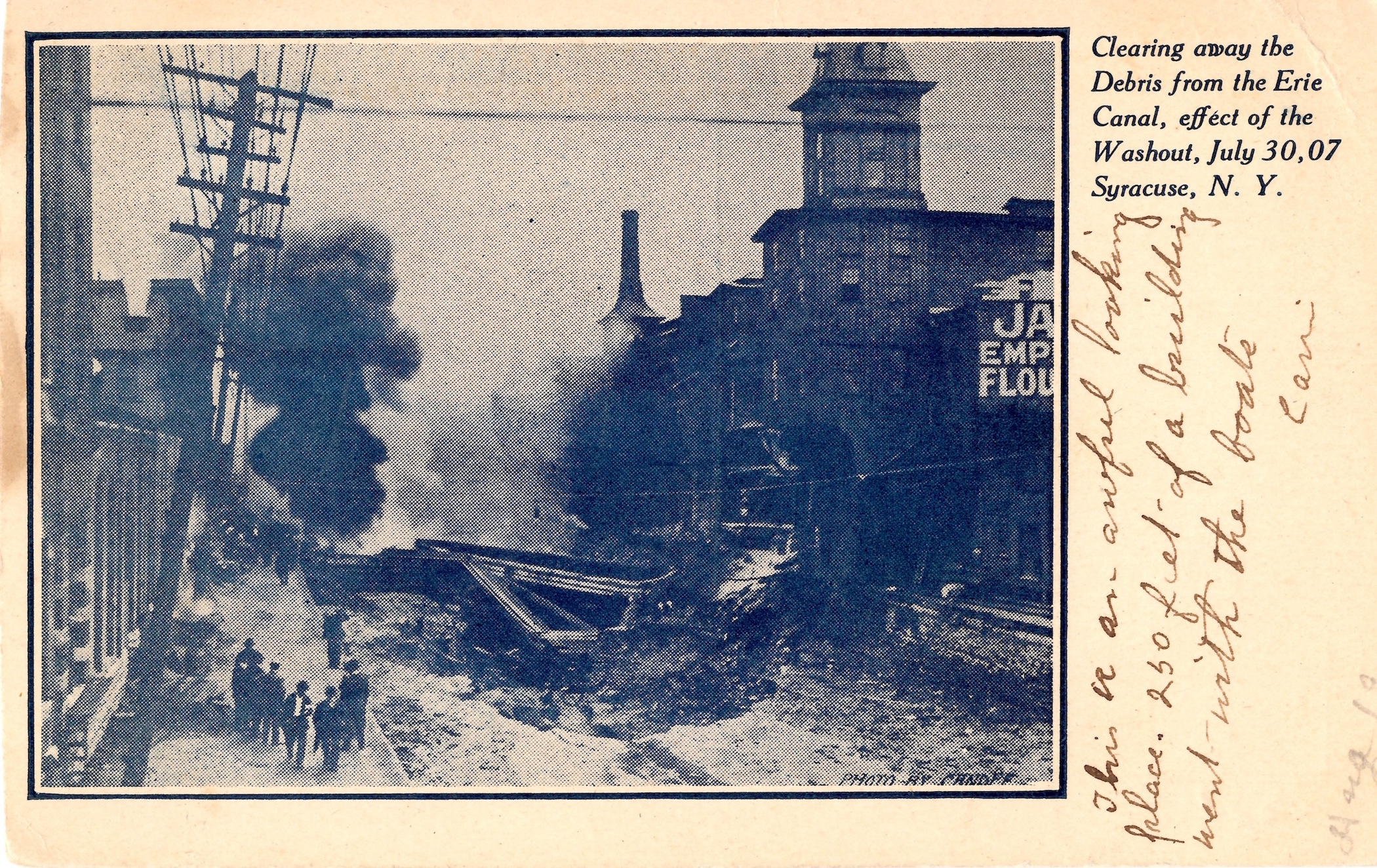